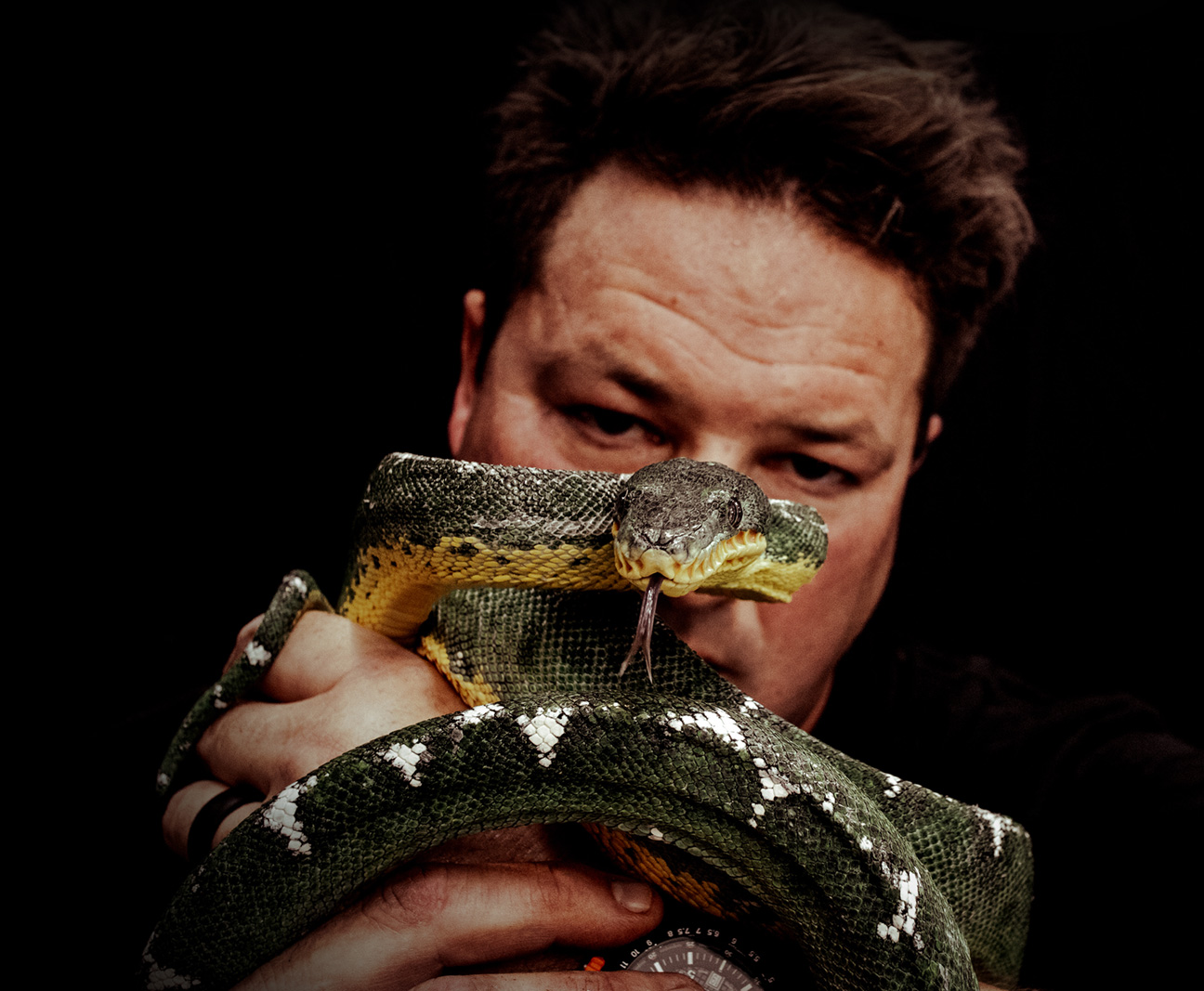 Dingo is an award winning Discovery Channel and Youtube Wildlife presenter. Dingo is a wildlife conservationist and adventurer who currently hosts one of the fastest growing Youtube channels in South Africa, reaching more than 3 million viewers a month. Dingo actively strives to create a lasting connection between people and animals in the hope that this connection can in turn help to save them.

Father of three young children and husband to Kirsty, Dingo’s passion for wildlife conservation is contagious and the entire family lives and breathes to help conserve animals and the planet as a whole.

Dingo was born in Pietermaritzburg, South Africa and was raised in a family where wildlife had center stage. Influenced at a young age by his Dad, who worked for the local Wildlife Authority, he had a natural instinct for working with animals, particularly those with a more difficult personality.

This passion and enthusiasm for wild animals grew as he got older and he now spends every waking second of each day working with and promoting his conservation message around the world.